A downloadable game for Windows

"SNAILS" is a retro-themed 3-D brawler, generated within a primitive aesthetic  which is designed to emulate the characteristics of late-90's era PS1 games.  Such distinctive features reminiscent of this era include:

Do you have what it takes to withstand the malevolent hordes of oversized mutants infesting your community?

And more importantly, do you have what it takes to relive the 90's all over again?

Play and find out!

Bed-ridden with the flu, this innocuous 7-year old had barely recovered into the afternoon phase of the following day, only to find her neighborhood overrun by  a menacing horde of giant mutant snails from outer space.

Having feasted on the majority of the town's inhabitants during the course of the morning, these malevolent slugs have since narrowed their attention on the few remaining appetizers (aka "survivors") in their vicinity.  Dora will certainly make for a satisfying, if unsubstantial, meal.

Alone and overcome with desperation, she can find no alternative at her disposal other than to seek refuge at the local elementary school, whilst hopefully foregoing the monsters' pleasure of a late-afternoon snack.

The objectives in "SNAILS" is fairly straight-forward;  simply fight your way to the finish of each level, whilst accumulating as many kills as you can.   Employ dodging maneuvers, rear attacks, and the ever-important "straddle kick" maneuver as essential tools for survival

Meanwhile, make use of your inventory system, either by acquiring cookies, which can be used to replenish health, or keys, with which you can unlock doors.

To skip cutscenes, simply hold down the "ESC" for a second or two.

Limitations of the Demo Version:

The full SNAILS original soundtrack can be obtained here.

In order to download this game you must purchase it at or above the minimum price of $1.19 USD. You will get access to the following files:

Darn, my paypal is broken so i can't purchase this :( Guess ill go back to the demo! Also had to come back over a year later too see if this game was still available haha <3

I'm sorry to hear that:(

I thank you for your interest in my product after all this time.

Incidentally, my records indicate a purchase of this game just a day after your posting.  Were you finally able to get the paypal situation resolved?

the minimum payment required is $1. just curious why you priced it at 29 cents. love the game btw. just curious.

Recently, itch.io passed regulations forbidding us to charge anything less than a minimum of $1.00 as a standard sales price for our games.

I had naturally assumed that, for temporary sales purposes, that itch.io would allow us developers to deduct any percentage of the original pricetag that we chose, even if the resulting figure amounted to less than a dollar.  The fact that the itch.io interface allowed me to finalize the sales parameters without prompting me for any adjustments had indicated to me that the 29 cent sales figure in fact had been approved as a temporary reduction.

However, I was a little puzzled due the fact that, of all the sales accumulated during this time period, every single purchase of SNAILS had accumulated a  $.71 tip in addition to the prescribed amount of $.29 cents. As of two days ago, I performed a little "diagnostic" by attempting to purchase the game myself from my private account, and sure enough, itch.io refused to facilitate the transaction until a minimum amount of $1 dollar had been entered ("for processing fees", they said).

Again, I'm terribly sorry for pricing issue.:(  I was not originally aware that itch.io would be imposing these regulations on top of the original pricetag.

In fact, as of right now, I'll be adjusting the parameters of the Halloween Sale to reflect figures more in conformity with what itch.io is currently mandating, at the moment.

I would have preferred to issue a temporary price  of 29 cents for this game, but itch.io apparently won't allow me to:(

I had so much fun with this game! It was a snail bashing, rock 'em sock 'em good time! I found myself habitually gravitating my left hand to WASD keys, but eventually got the hang of it. Thanks for such an awesome game! Here's my playthrough!

Thank you! Loved your video:)

Is there any way to change the controls?

On a germany keyboard the Z and Y buttons are swapped. So it's very difficult to control.

I'm truly sorry, but unfortunately, no:(

Are you currently using the full version or the demo?

I currently don't have any plans to incorporate key-mapping options at this time. But, if you like, I could create a specialized version that substitutes "Y" for the functions of the "Z" key.

Thanks for your response :)
I think I'm gonna play the demo with a key mapper, so it should be no problem. So no need for you to change this just for me (but thanks anyway)!

Maybe you will add this feature for future games, because this might be a killer for some people out there.

Thanks:)  I'll definitely keep that in mind.

itch refused my payment multiple times, the developer noticed and gifted me a copy. i am still trying to give him due payiment for this little gem. the cinematics are priceless.

Is there any salt in the game?

Hehe:)  Unfortunately, no.  Just cookies, ankhs, and her pummeling legs;)

Although, in retrospect, I seriously should've thought about salt or sodium-based items as an additional means of combatting snails.

It's a very cool specimen. I'm going to play the demo, but I should have some scrap for you soon. 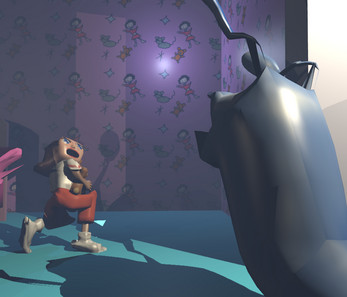 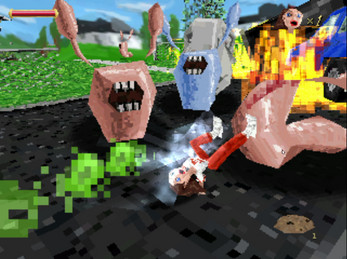 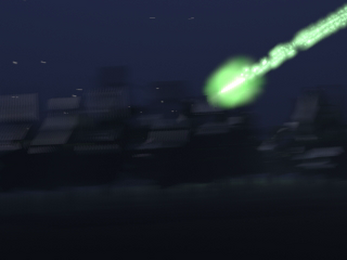 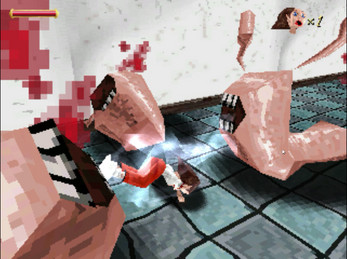 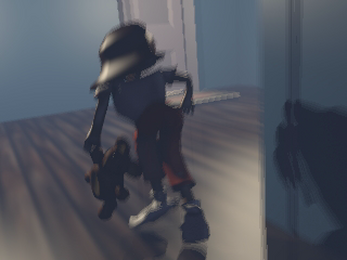 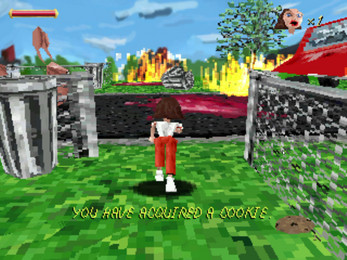 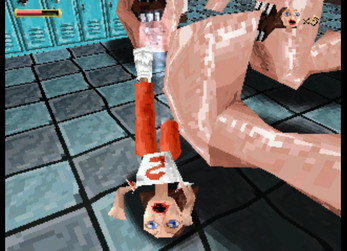 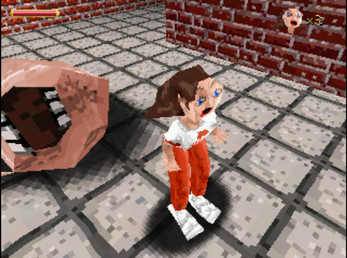