A downloadable game for Windows

This is a proof-of-concept demo for Tadpole Interactive's project currently in-development.

Situated during the closing period of World War I, "Gotha Strike" is a vertical-scrolling shoot-em up (SHMUP) with a twin-stick interface, enabling users to track and target aerial adversaries irrespective of movement and orientation, which in-turn is utilized to navigate obstructions, dodge incoming projectiles, and cast suitable positioning for the deployment of ordinance against ground- and sea-based enemies.

Shoot down the attacking fighters and barrage balloons that impede your path, while navigating an entourage of incoming flak bursts in your efforts to bomb enemy destroyers, gun emplacements, and factories.

Although the parameters of the game are currently being designed for procedural generation, the level for this particular demo version of the game is constructed within a predetermined fashioned  and encompasses a length of approximately four minutes, with a limited number of enemy types.

use 'WASD' or 'ARROW KEYS' to maneuver aircraft

use MOUSE CONTROL  to aim  turrets

* Naval vessels require hits in all three quadrants in order to sink.

The full version of the game will feature:

* Various power-ups and collectable items for the purpose of replenishing strength and/or temporarily enhancing firepower.

* Procedurally-generated level components with  regard to terrain, enemy encounters, and attack patterns.

* Roguelike formula within a continuous game setting which challenges the player's ability to survive for as long as possible.

Run the game by clicking on the "gothstrikepocdemo.exe" file. 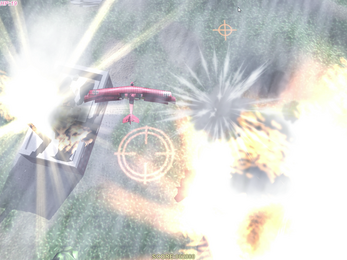 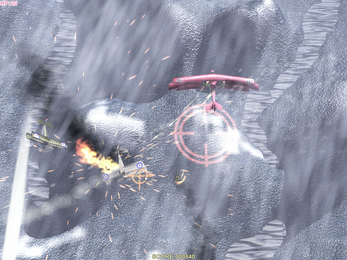 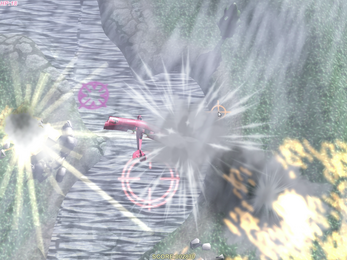 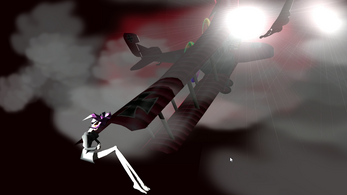 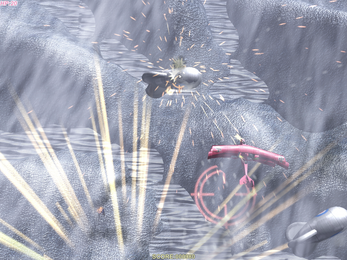